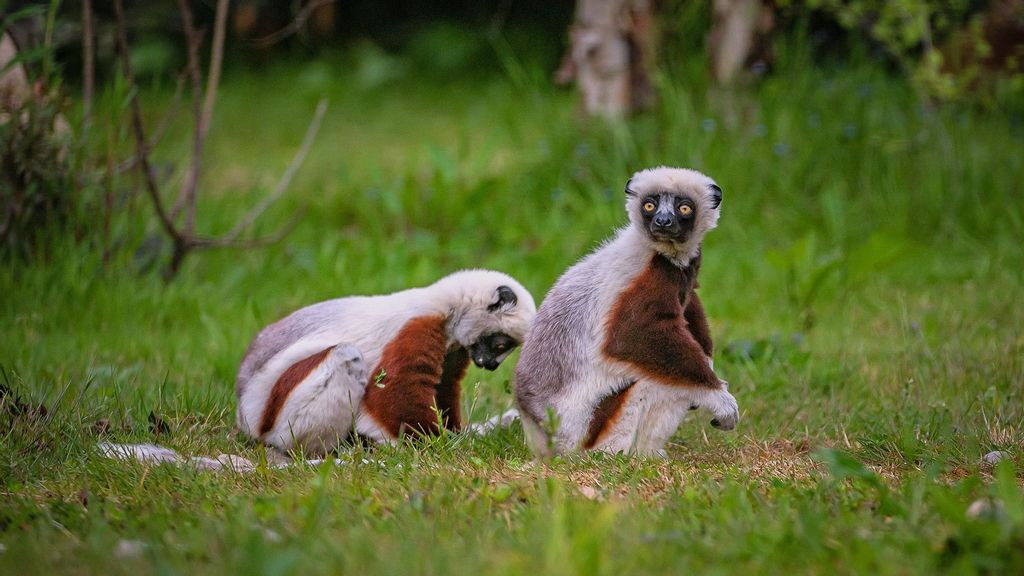 Elliott, 8, and Beatrice, 9, are critically endangered red lemurs, which have never been cared for at a European zoo. They are part of a breeding program that hopes to save the species from extinction.

The zoo stated the two Coquerel lemurs traveled over 4,000 miles from the Duke Lemur Center in North Carolina and arrived in Chester on May 29.

The wide-scale destruction of their habitat in Madagascar has caused their numbers in the wild to dwindle 80 percent in the last 30 years. The International Union for Conservation of Nature considers them endangered.

“It’s taken three years of work with the Duke Lemur Center to prepare for caring for them,” said Mike Jordan, animal and plant director at Chester Zoo.

Jordan explained the zoo wants to establish a “safety-net population” of the lemurs.

In the video, Elliott and Beatrice are seen playing and dancing around their enclosure as they explore their new home.

“When down on the ground, Coquerel’s sifaka lemurs move around with a fascinating sideways gallop, while gracefully holding up their arms for balance,” said Holly Webb, primate keeper at Chester Zoo.

“It’s a real privilege to be able to care for this enthralling species, and we’re sure that visitors to the zoo will love learning all about them,” she said.

The zoo is hopeful the lemurs will begin breeding next year and provide a crucial boost to the population.

(Edited by Fern Siegel and Matthew B. Hall)