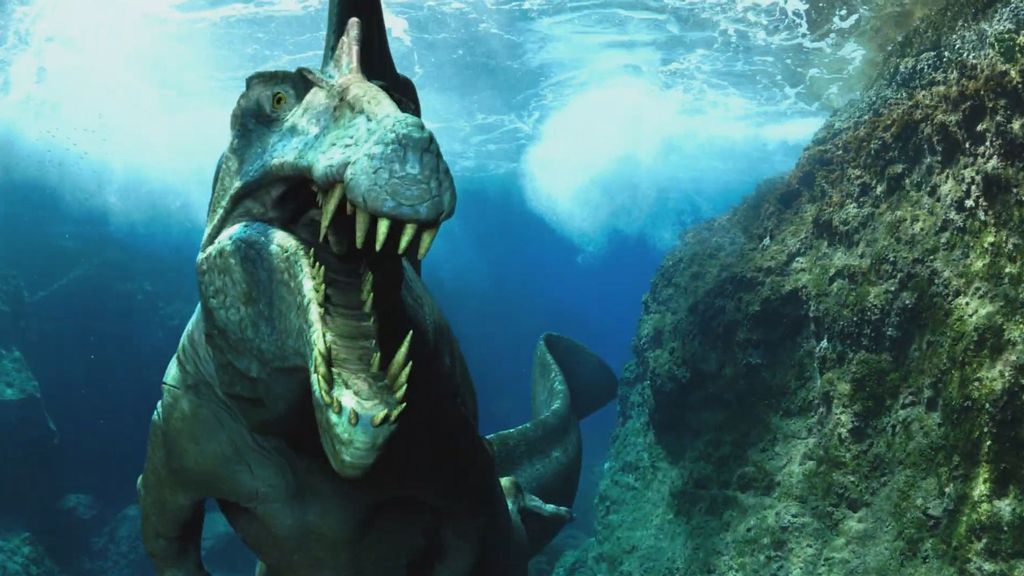 A visual-effects artist from London who left school at 15 has since gone on to work on major productions, such as the hit TV show “Black Mirror” and the movie-megahit “Frozen.”

Three decades later, he shares a new clip from his online “Spinosaurus Swamp Things” series. “The spino babies are back, but have grown quite a bit!” he said.

Julian Johnson-Mortimer’s latest dinosaur VFX creations notched up 2.5 million views; he has over 75,000 subscribers on his channel.

He said he was unable to find much work at first, and one day started painting.

He transitioned into working on special effects using computers in 2001.

“I first became interested in doing computer art when I discovered a 3D animation program called Maya. I found it interesting, as it was used to create the effects on many feature films. I tried a 30-day demo of the program and was hooked.”

Maya has been used to create films, including blockbusters such as “Monsters Inc.” and “Avatar,” among other blockbuster hits.

“I spent the next two years teaching myself visual effects and my first real VFX job was in 2003, working as the creature designer and concept artist for the film ‘Dungeons and Dragons 2,’” he said.

He developed a keen interest in working on dinosaurs and other large creatures. “I have since worked on many films and TV shows. I started working on my first dinosaur show in 2007, which was an IMAX project for National Geographic called ‘Sea Monsters.’”

Johnson-Mortimer enjoys making the creatures and has been “mostly focused on dinosaur projects since then.”

In 2016, the expert VFX artist, who is from Gravesend in Kent, England, also worked on the visual effects for the “Black Mirror” episode, “Men Against Fire.”

His documentary work includes “Mysteries of the Unseen World” (2013) and “Wildest Weather in the Solar System” (2011).

(Edited by Fern Siegel and Matthew B. Hall)