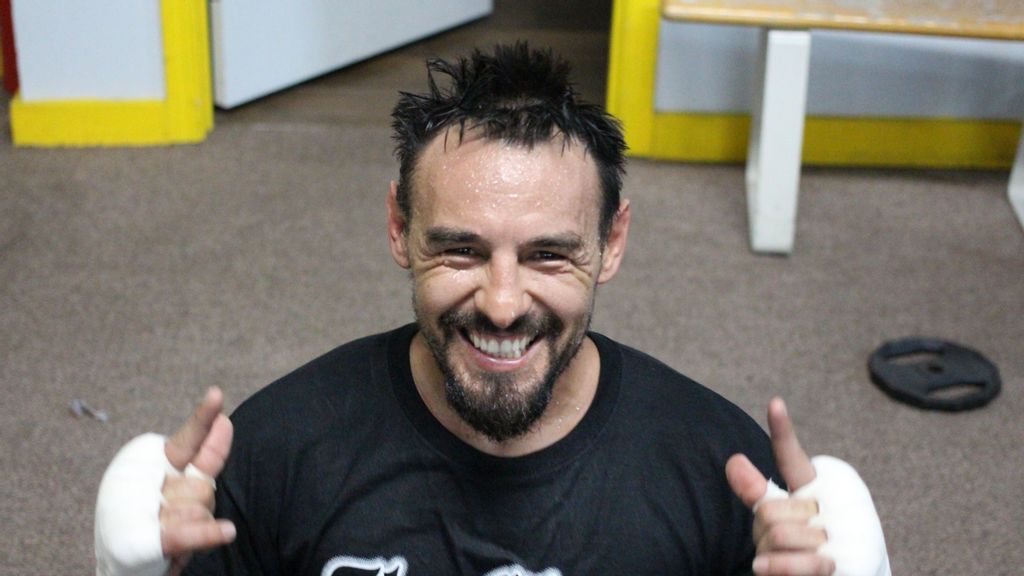 ‘The Ghost’ expects a hungry opponent, who’s coming off a three-year hiatus from boxing.
The post Robert Guerrero On A Collision Course With Victor Ortiz On Saturday Night appeared first on Zenger News.

Twenty years after making his pro debut, Robert “The Ghost” Guerrero still finds himself in position to co-main what is the biggest pay-per-view card of the year. Even though the main event took a hit when Errol Spence Jr. withdrew due to a torn retina, the card will move forward with Filipino legend Manny Pacquiao fighting Cuban Yordenis Ugas.

The night’s co-featured welterweight bout, meantime, will feature Guerrero, at 36-6-1 with 20 knockouts, and the equally experienced Victor Ortiz, at 32-6-3 with 25 knockouts. The card will be available live as PPV on either YouTube or Fox Sports this Saturday night.

Guerrero’s two-fisted attack resonates with fans and is one of the reasons he’s still a featured attraction. On top of that, Guerrero-Ortiz has the makings of a true throwback fight.

Zenger News connected with Guerrero just days before the bout to discuss Ortiz, how he feels rejuvenated after time off, how he’d love to steal the show on Saturday and much more.

Zenger: How are you doing?

Zenger: You’re riding a three-fight winning streak, you are 45 fights into your career and now 38 years old. How are you holding up physically?

Guerrero: I’m very comfortable and ready to go. I am excited. I can’t wait. Throughout this whole pandemic garbage, I have been in the gym training. The fortunate thing for me, I have my own gym, so I’m able to stay there all day long. It’s nice.

Zenger: You sound refreshed and ready to go. Your last fight was in September 2019. How did it feel to give your body that rest and hit the restart button?

Guerrero: It was reviving just to take some time off, rest. There were no fights being scheduled throughout that year, so you’re able to really rest. Being an active fighter, and when there are fights going on, you gotta stay in some kind of shape all the time. You gotta be ready to go because dates are very limited.

So, knowing that the whole year was pretty much wiped out from the pandemic, I was able to relax, let my body heal up, take a break, not have to think about boxing. I was able to clear my mind and start rocking and rolling again. I took two to three months off and didn’t do anything involving boxing. I was able to get back in the gym, start training and be prepared for whatever, and now we’re here.

Zenger: With both of you guys being in California, have you ever crossed paths with Ortiz?

Guerrero: We never sparred or trained together or anything like that. I will have to figure him out once we get in the ring. We talk when we see each other. We say, “What’s up,” and stuff like that, but it’s rock and roll time. It’s been one of those fights that’s been on a head-on collision for a long time.

Zenger: Victor has been out of the ring for three and a half years, so I’m sure you are expecting a very hungry version of him.

Guerrero: Oh yeah, definitely. I’m sure he’s eager to get back in the ring, but so am I. I have been out for a little more than a year and a half already, and it’s time. It’s time to fight, and I’m excited.

Zenger: You have been doing this for a long time, so I’m sure the southpaw versus southpaw angle doesn’t bother you one bit.

Guerrero: Definitely! I have had a bunch of southpaw opponents, so it’s just about being well-prepared. Especially with a guy like Victor, who is big and strong, and he likes to start really fast. I’m ready to go.

Zenger: Given his inactivity, could you potentially jump on him early and test his cardio, just to make sure it’s intact?

Guerrero: Oh definitely! We’re going to be testing the waters with him and see what he’s capable of doing. That’s the type of guy I am. If it comes down to where I know I can really press him and get him out of there, I’m going to do it. It’s a matter of making those adjustments. That’s where all the experience I have comes in.

Zenger: Given all that you have accomplished, do you still have long-term goals within the sport or more of a fight-by-fight basis?

Guerrero: It’s fight-to-fight basis. It’s about being in shape and being ready. I’m a bit older now, so it’s boxing to how I feel. It’s being smart. Not just as a fighter, but as a person. You want to always approach things in a wise manner to be sure you’re making the right decisions. That’s why I say, “Let’s go!” Let’s see where we can take it.

Zenger: The card obviously took a hit with Errol Spence Jr. not being able to compete, but still, we get to see an all-time great in Manny Pacquiao, probably the greatest short-notice opponent we could hope for in Yordenis Ugas, and we get to see what has the making of a true throwback fight, Guerrero versus Victor Ortiz. What does it mean for you to be included as a feature bout on such a big stage at this point in your career?

Guerrero: It’s incredible. Just to be on this card and have the opportunity as the semi-main event on a PPV. It just shows what kind of fighter I am, and the belief Al Haymon has in me. I always come to fight. I always put on a great show. Everybody knows I was the kickoff to PBC [Premier Boxing Champions]. I was selected for that for a reason. I always come and put a show on. I always take care of business and just being a true professional of the sport for all these years didn’t go unnoticed. I plan on coming out and doing my thing.

Zenger: You talked about being a mature version of yourself, but you also mentioned consistently being in exciting fights. How do you combine those two and have success on Saturday night?

Zenger: It’s always a pleasure to speak with you and even more of a treat to watch you fight. Good luck on Saturday, and we will talk again soon.

Edited by Matthew B. Hall and Stan Chrapowicki

The post Robert Guerrero On A Collision Course With Victor Ortiz On Saturday Night appeared first on Zenger News.