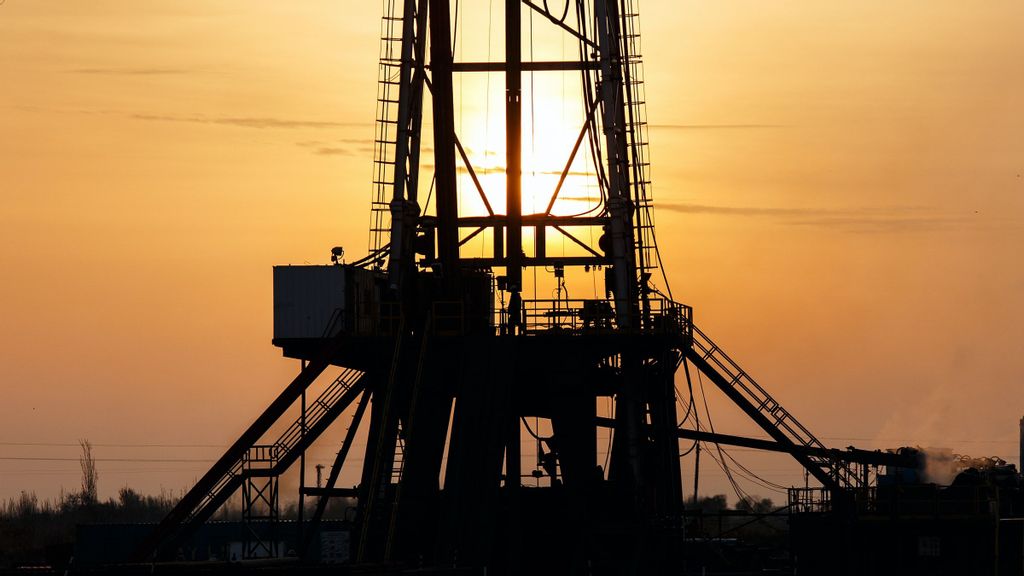 Iran remains something of an elephant in the room for the crude oil market.
The post Markets Shrug Off Neutral Report On Federal Crude-Oil Inventories appeared first on Zenger News.

After months of noise in U.S. data on petroleum and refined product inventories, markets this week shrugged off what turned out to be a relatively neutral report, analysts said.

The U.S. Energy Information Administration, a division of the Energy Department, publishes weekly data on commercial inventories of petroleum and refined products. Major drains on inventory levels are indicative of demand, while the opposite is usually true for builds.

Data so far this year have been volatile due to a February freeze that idled large parts of the energy sector along the U.S. Gulf Coast, last month’s outage of the Colonial fuels pipeline and demand expectations leading up to Memorial Day.

For the week ending May 28, crude oil inventories declined by 5.1 million barrels. That left them about 3 percent below the five-year range.

Total motor gasoline inventories, meanwhile, increased by 1.5 million barrels, while distillates, a refined product category that includes diesel, saw inventories increase by 3.7 million barrels. Both of those levels, however, are also below the five-year range, suggesting that economic recovery is leading to supply-side pressures.

Giovanni Staunovo, a commodities analyst for Swiss investment bank UBS, told Zenger News the build in crude oil inventories was the result of increased demand from refineries — but he said that also explained the increase in inventories, as refineries strived to keep up with demand.

“Net net, I see the report as neutral,” Staunovo said.

Moving closer to some sort of post-pandemic normalcy, the U.S. economy has been accelerating for most of the year. Travel during the long Memorial Day holiday weekend, which marks the unofficial start to the summer travel season, was up as states start to ease back on social restrictions.

The Energy Information Administration reported the total amount of refined products supplied over the last four-week period — a proxy for demand — averaged 19 million barrels per day, an increase of 17 percent from year-ago levels. But in 2019, before the pandemic, the four-week average for this time of year was closer to 20.3 million barrels per day.

“A neutral report with a little bit of downside bias as the builds in product stocks disappointed and weekly demand has also been down,” said Tamas Varga, an analyst at London oil broker PVM.

Crude oil prices spent much of the trading session on Thursday moving between short gains in losses. Concerns about a slowdown in the progress in Iranian nuclear negotiations caused an early-week surge in oil prices, however. The longer negotiations drag on, the longer it will take for more Iranian oil to be freed from sanctions and wind up on the market.

Patricia Hemsworth, a senior vice president at Paragon Markets, said from Brooklyn the market really wasn’t reacting to federal energy figures as much as geopolitical issues this week.

“It is in a strange limbo state since the last round of Iran negotiations broke up without a resolution,” Hemsworth said. “They’ll pick it up again in a week or so, but that situation was discounted by the market as a new source of supply. Now? Not so certain.”

@noorchashm @huegel_valerie @TuckerCarlson @SenRonJohnson @CIA @StateDept @cdc That's part of the problem we are comparing vax to covid when it shouldn't really be that way.

There are many effective therapeutics out, backed by studies and data from front line clinicians, that are highly safe and effective against Covid.

There has been no consideration, whatsoever, for people with PTSD or any kind of phobias of needles in California regarding getting the Covid 19 vaccine. NO one will assist me in getting my loved one vaccinated. Disgusting. @GavinNewsom @SheilaKuehl @CDC
View on Twitter
0
0